October 03, 2014
Meet Mowgli James who also goes by Puppy, Mowgz, and Little Prince. For some reason people read his name and ask how to pronounce it. "Mow", like mowing the lawn and "glee" like the t.v. show lol. I named him after Mowgli in the movie, The Jungle Book. He's my little jungle boy. His birthday (estimated birthday) is November 1, 2012. He is a reverse brindle English Bulldog/ American Bulldog mix. This spunky little -big- boy LOVES to go to army crawl and go to doggy daycare. Unfortunately, Mowgli suffers from Middle Child Syndrome. And although he doesn't seem to mind it too much, I do make sure I make time for a little one-on-one time with him. He just rather be playing with dogs, so that kind of works out and he goes to daycare without his siblings. So daycare is "his thing." Oh, and Mowgli does not like getting up in the morning- he'll even hide his head under the pillows to avoid getting up lol. 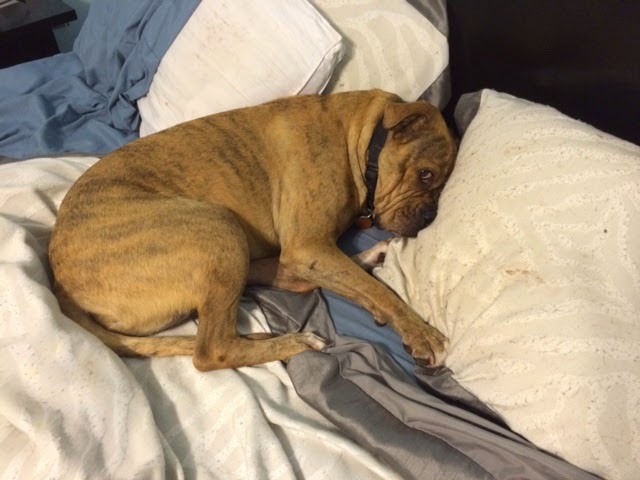 
In West Philadelphia born and raised, wandering on the streets was where I spent most of my days...

Ok so no, Mowgli is not the Fresh Prince of Bel Air lol but he was found wandering the streets in Philly. So, the story of how I got Mowgli. It had been almost a year since I had adopted Gemma and I thought about getting a second dog. I wasn't in a rush but I did plan on getting Gemma a sibling at some point. I didn't want to wait too long and have her get so used to being an only "child" that she would not allow me to ever have another dog and result in her getting worse with other dogs. Besides wanting another dog, I though it might be good for Gemma. I started slowly looking online at shelters and rescues in PA (because at this point, I had moved from MD to PA). I was very picky about the second dog I was going to bring into my home. I wanted it to be a boy because everyone always says it is good to pair your dog with one of the opposite sex and I needed the dog to be young, but not too young, extremely friendly with dogs, mellow, and submissive (because Gemma is dominant).

Maybe after a few days (a week max.) I found Mowgli (named Pooh by the shelter) on Animal Care & Control Philly's website. I had looked on their site in the previous days and kept revisiting it (even though Philly is over an hour drive from me) and then bam! One day his picture showed up. He was 9 months old and had been picked up on the streets of Philadelphia. He was laying under a tree on a really hot day towards the end of July when they picked him up. He had some deep gashes on his right leg (they healed and scarred up, but the scarred up cuts are still deep and will remain that way). 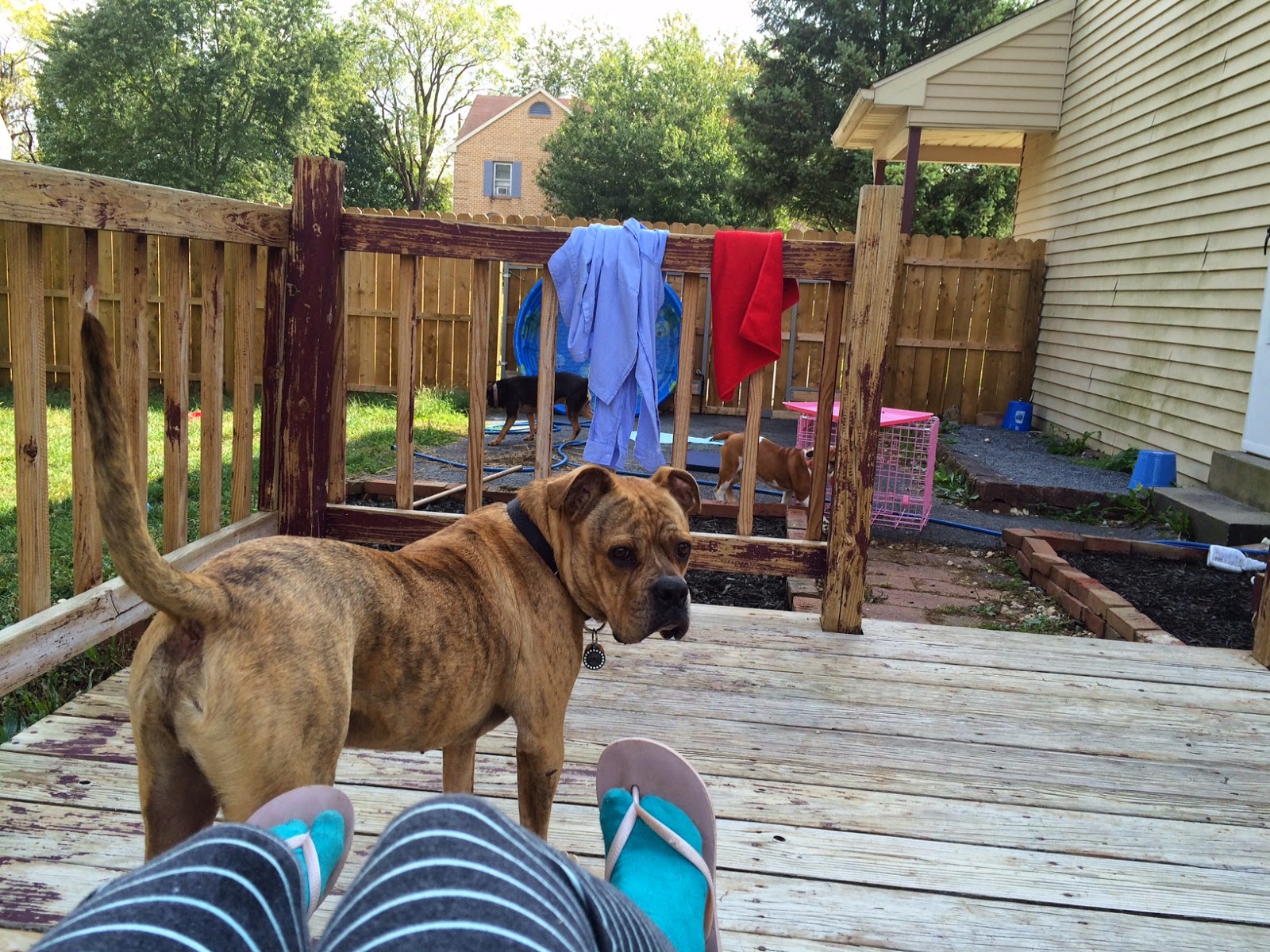 I thought he was so cute and seemed like a good match for Gemma. But just because I liked him, didn't mean I was going to adopt him. It was completely Gemma's call. Long story short- she liked him. So we adopted him on August 3, 2013 (364 days after I adopted Gemma). When I picked him back up from ACCT Philly (because they had to neuter him), he was sick. They gave me medicine and tried to play it off as a little cold (which I had heard them say to another adopter who picked up their dog and it was sick). Well, he had kennel cough. I was pissed because kennel cough is contagious and can kill a dog. Here I was with a sick dog that could die and kill my other dog. Again, long story short- I got him better with some home remedies and Gemma was fine as well.

Mowgli definitely brought some chaos into my life. He wasn't trained, he was a boy, and he sometimes peed in the house (still does but most of the time on puppy pads in the basement/ doggy play room while I'm gone). And although he is fine with women, he LOVES men. So I think his previous owner was a man. But he is nothing that I can't handle and he loves his big Sister, Gemma. He is definitely the follower, which is really good because Gemma is the leader. She loves him but not as much as he loves her. He definitely acts like the annoying younger hyper Brother to her. It is really funny to watch because their Brother- Sister relationship is just like that of human siblings. 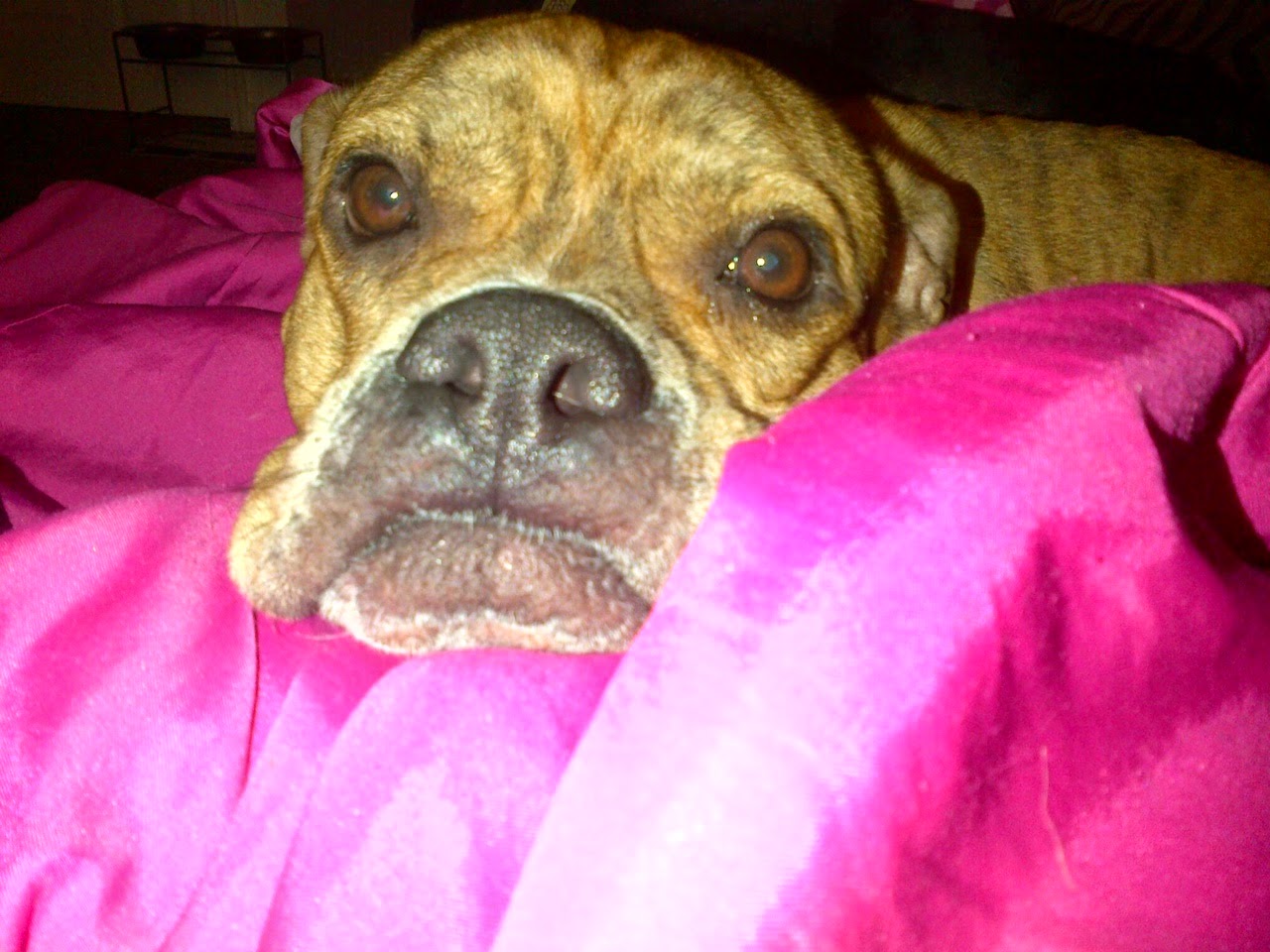 "What are you laughing about?"

Although Mowgli is a chaotic jungle boy who thinks he's only 5 pounds, I love him so much and can't imagine my life without him.