November 18, 2014
Oh my Lord, it is fareeezing- or as my dogs would put it, fureezing. I do not like the cold and neither do my dogs. I just want to be home in my pajamas with my dogs, on the couch, watching t.v., trying to nap, and drinking a soy peppermint mocha from Starbucks.

What's even worse is that I can not find my ear warmers or gloves. I had them in a certain spot when I moved into my house and then like a month ago when I was working on cleaning and organizing part of the house, I moved them somewhere else that I thought would be more appropriate. I have no idea where that spot is. Like I had at least 5 pairs of gloves in there and two ear warmer headband things. What the fuck? I can't remember jack shit. I would've asked my sister last night but 1. she was working and 2. there's a 65-70% chance that she doesn't even know because she is a teenager and doesn't pay attention. Sorry Jen, but it is the truth sometimes.

I did find one ear warmer headband thing but it is made out of yarn or something and not fleece like my other ones. But hey, it is better than nothing. I get cold so easily, especially in my office where the guys think the a/c should be on when it is 50 degree weather. And the thermostat is in their office, not mine. Right now at my job it is 25 degrees and not supposed to get over 30. I said I was over the hot weather but now I'm regretting saying that just a little. 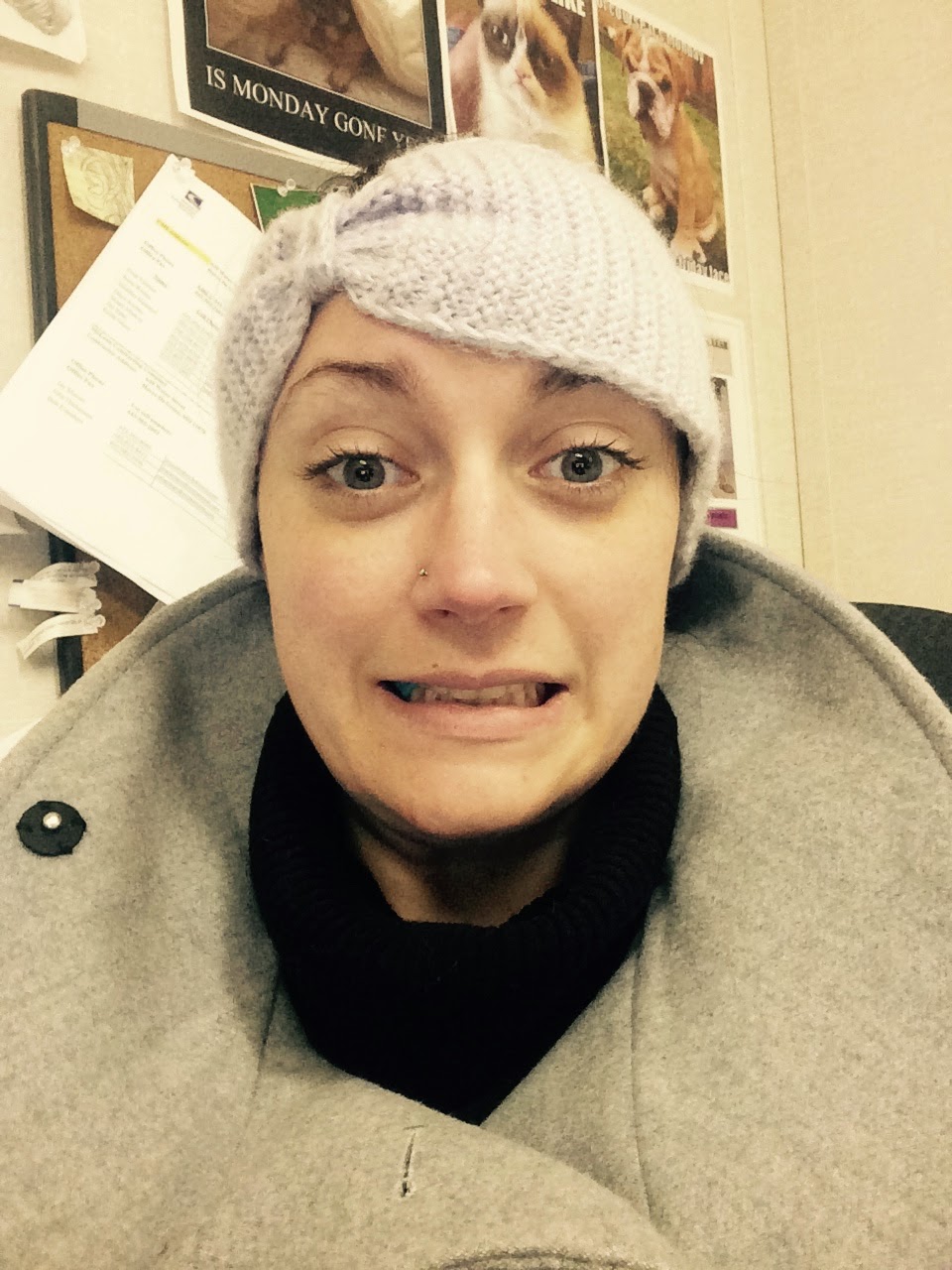 Yup, that blue stuff is gum. I HAVE to chew gum to help with my anxiety. 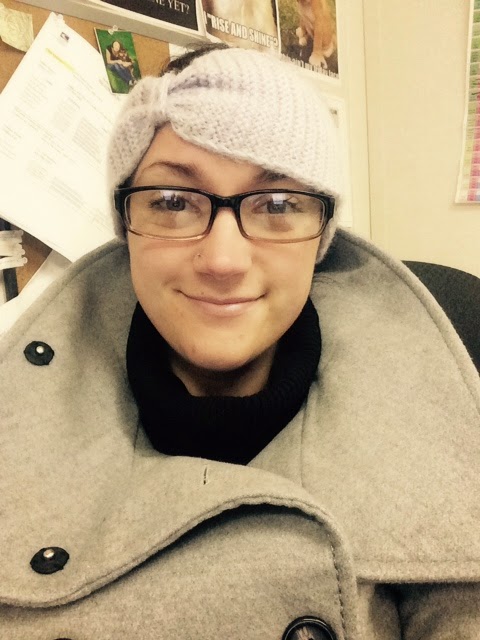 I know that this sweater ear warmer headband thing is actually a turban or turban- inspired  or w/e and the knot is supposed to be in the middle, but I like wearing it to the side.

So what is up with the number "3"? 3 is my lucky number. Ok, I am going to try to explain this without it sounding too complicated. On my Dad's side of the family, it is just him and his sister. They each have two kids and they are all girls. So my dad's parents, my grandparents, only have granddaughters. I am the first born and the oldest grandchild on that side of the family. I was due to be born on July 6th. I came 3 days early and was born on July 3rd. 3 years later, my first cousin on that side of the family was also due to be born on July 6th. She also came 3 days early on July 3rd. So she was born on my 3rd birthday. Then, 3 years later (almost) my Aunt had a baby girl and my Mom had a baby girl. So our sisters (our only siblings) were born in the same year and are 3 years younger than my cousin that has the same birthday as me and is 3 years younger than me. And our sisters are almost born 3 months apart. They were born like 3 1/2, almost 3 1/2 months apart. Also, at some point my Aunt had adopted a dog (I think the dog was 6 at the time) from the SPCA whose birthday was July 3rd and was born the same year as our sisters. So I think that is pretty cool and ironic and that is the story behind why my lucky number is 3.