December 19, 2014
Finally getting around to showing you all the pottery piece I painted almost 2 weeks ago. I'd show you the one(s) for my Mom but I can't spoil her Christmas present(s) by showing them off before she opens them.

So yup, I painted a hippo for myself. Hippos are my favorite animal besides dogs. They are so cute and if you have ever seen a baby hippo- oh my God they are so freakin' adorable!!! I hope one day I can see a baby hippo in person.

Ok, random, but since we're talking about hippos, I have to throw this in here (to all of you who have ever seen the movie Big Daddy); "Hip, Hip Hop, Hip Hop anonymous?" HAHAHAHA LOVE it!

Back to my hippo. Here he is. And his name is Henry (real original right? lol *sarcasm*). Henry did not have an eye patch before I picked him out and decided to paint him. I hate painting eyes. I am quite artistic and can draw eyes great but painting them? I try to avoid it. So I painted one of his eyes- I mean that wasn't so so bad especially since he is a little animated instead of life-like. To avoid having to paint his other eye, I gave him an eye patch and put an anchor on it. So I guess Henry is a pirate hippo. 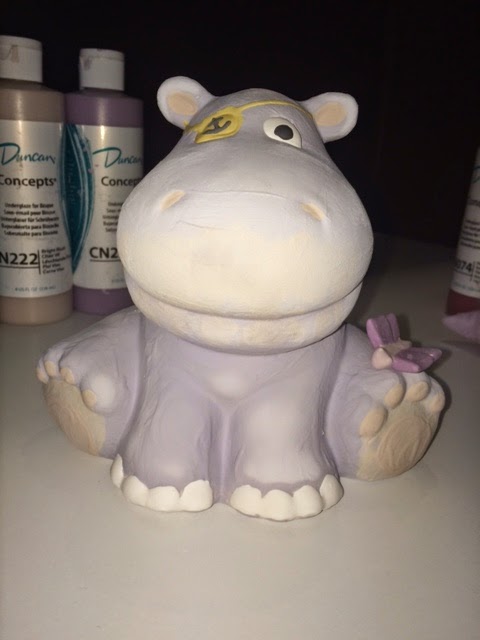 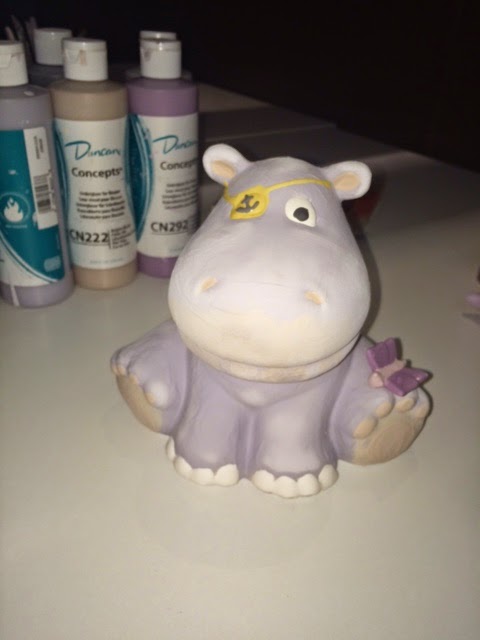 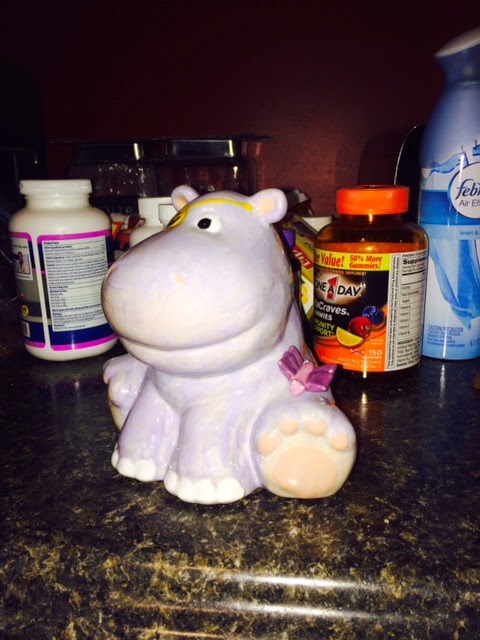 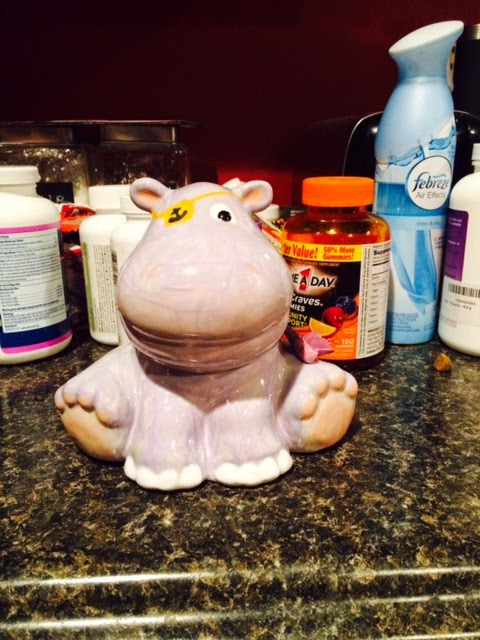 After (Oh yea, I forgot. Henry has a butterfly sidekick named Zip haha)


Originally, Sexy Steve and I had planned on painting pottery yesterday. I thought it was awesome and super cute that he suggested we go paint pottery because I love it and a lot of guys- or at least the ones I've dated in the past- don't like doing that shit. I love that he's artistic. But this plan will be postponed until after Christmas for very understandable reasons. Plus, it isn't like he cancelled on me last minute. He called me up Tuesday and told me. At least I have a sure thing to look forward to the week after Christmas! So instead of painting pottery this week, we are going to see a band play tonight and then were supposed to hang out Saturday night. He is so freakin' cute and awesome :)

Hope you all enjoy your Friday and weekend!