January 19, 2015
Hello Monday, nice to see you- NOT! So I didn't have an extremely eventful weekend but Sexy Steve did come over Friday night and spent the night :)

We had a great evening. Bed time didn't go exactly as planned. His back was really hurting- which I can totally relate to since I have back problems too. My mattress just wasn't doing anything good for his back, so he slept on the couch. The next morning my sister had sent me a text while she was at work and was like, "What did Steve do to get banished to the couch?" Haha, well at least he didn't do anything bad and get banished to the couch and it was just his back pain. My couch is really comfy. In fact, Saturday night, the furr babies and I fell asleep on the couch and ended up sleeping there all night.

Oh and here are a few pictures of our pottery that I picked up from the other week. 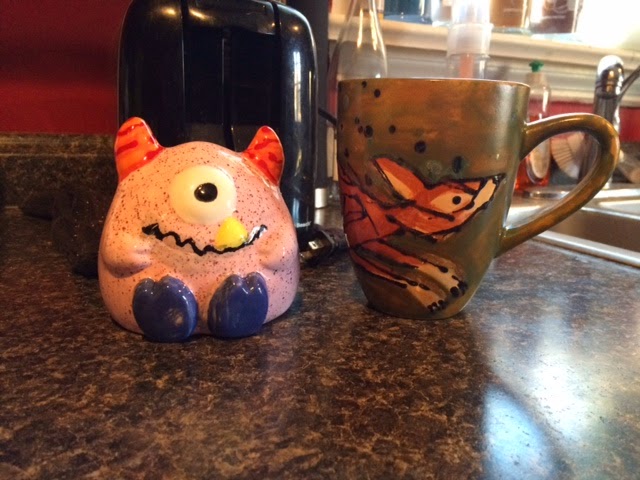 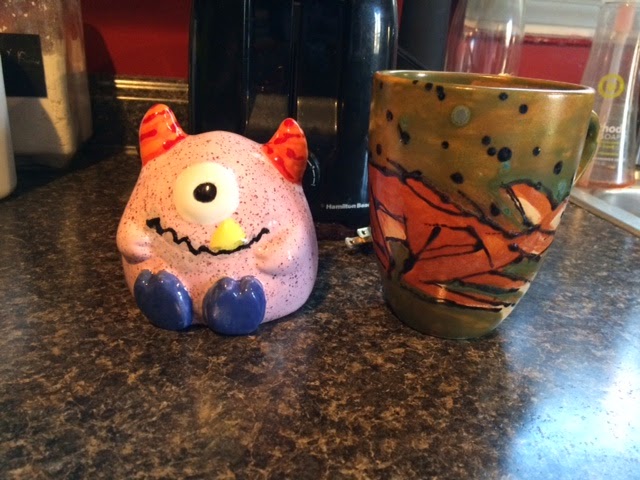 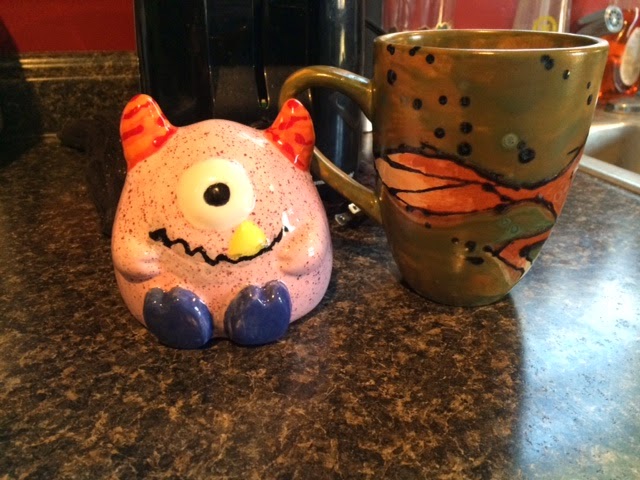 He painted the mug (and drew the fox on the mug) and I painted the monster who I named Suzanne after Crazy Eyes in Orange is the New Black, which I have been watching on Netflix and I'm close to finishing Season 2.

I didn't really do much Saturday and Sunday besides watch Netflix, start to make a pile of clothes to donate to GoodWill, and make ground turkey nachos.