January 15, 2015
Finally, my weekend recap post. Why did I take so long to get around to this??? Me starting off the week being sick probably contributed to that. Sorry loves.

So this past weekend. Saturday night I hung out with my man, Sexy Steve. I met him at the tattoo shop and we didn't really have a plan on what we were going to do. So we got in his car and then we decided to go see a movie. We didn't know what movie we were going to see either. This is pretty surprising considering I'm a total planner, but he isn't a planner type person. So I let go of my control freak self that night and let it be. When we got to the theater, we decided to see the 3rd Night at the Museum movie, Night at the Museum: Secret of the Tomb. I think it was a good choice considering we had both seen the first two Night at the Museum movies and they are pretty good. 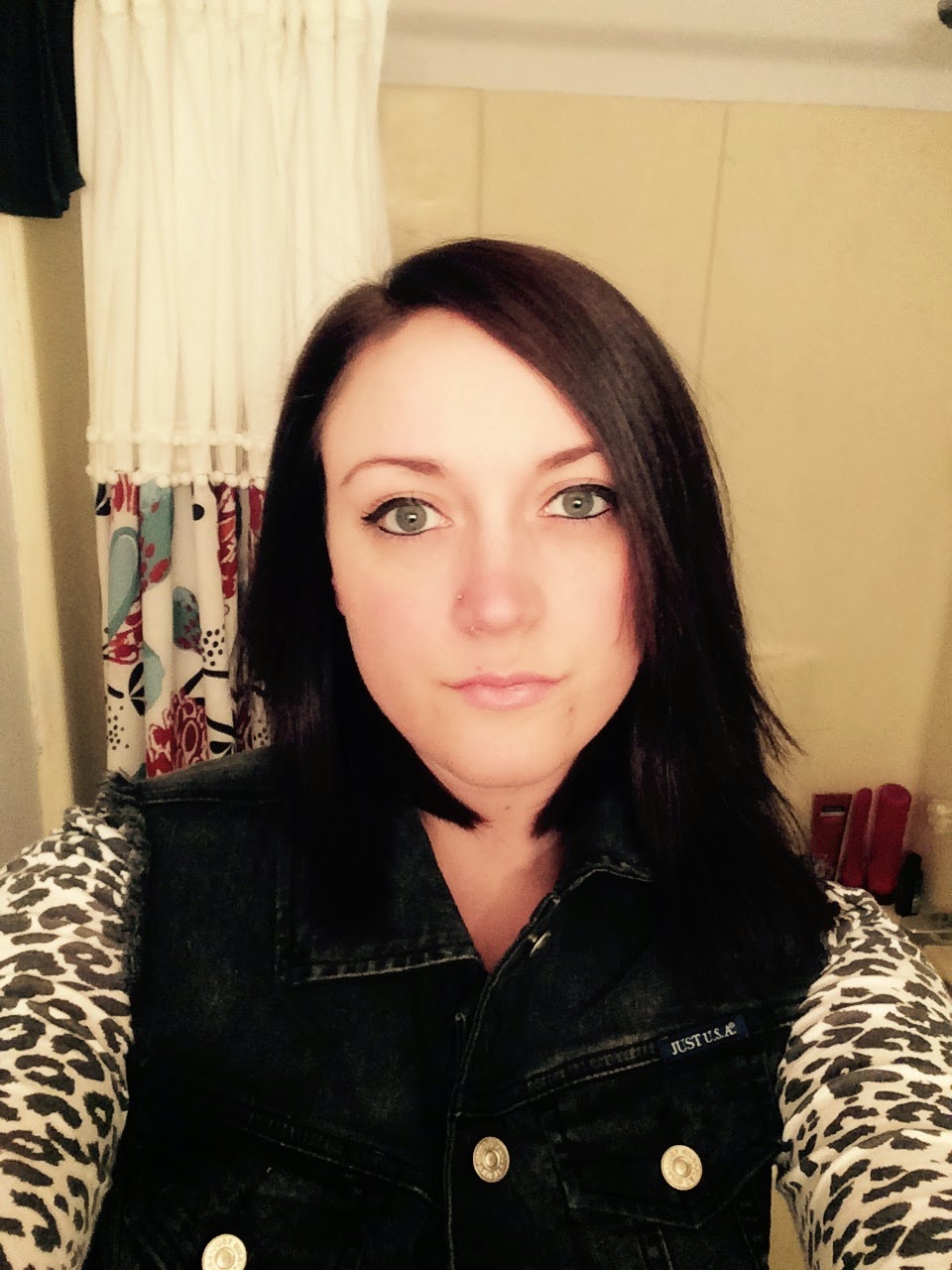 Do you like my hair color? A fellow blogger did a review on hair dye from www.esalon.com and her hair turned out so great looking. So I ordered hair dye off of that website. They actually mix colors for you to make a custom hair dye specifically for your that caters to what color you want and what you are looking for in a dye. I am very happy with the results. 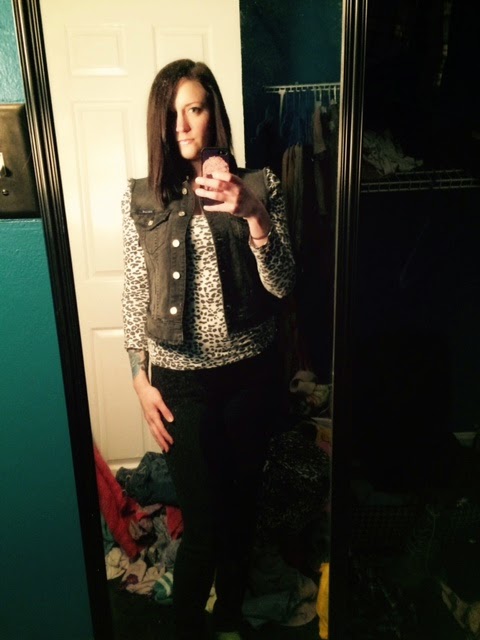 We got our tickets and had some time to kill. What better way to kill time than go to Walmart? So we did lol. We got some candy, pringles, and drinks to sneak in my purse into the movie theater- shhh don't tell on me. Let's get real. Everyone does it. I also got my mom's new puppy a yellow leash- we'll get to that a little later- and Steve got one of these mystery box things that only certain stores at certain locations have. They are like t.v. themed or something and have a character from that show in it. They are by Funko and they're miniature figurines of the Pop! figurines, if anyone knows what I'm talking about. Of course he chose the Game of Thrones one and it ended up being one of the dragons, which he was happy about.

After that we went back to the theater to see the movie. We were the only ones seeing that movie at that time. It was really nice to have the theater all to ourselves, especially since I'm sure a lot of kids and teens went to see this movie and sometimes kids just can't be quiet and teens can be rude and obnoxious. So it was nice and peaceful. After the movie, we went to a different Walmart, the one by the shop because Steve wanted to get another mystery box- he's so cute. Well this Walmart did not have any. I found out about the mystery boxes only being at certain stores and certain locations when I searched online the following day.

So yea, I had another great time with Sexy Steve.

Ok, so now onto the puppy business. My mom has a French Bulldog and an English Bulldog, Batman and George. Saturday morning, she got a female English Bulldog puppy. She is super fat. She's only 14 weeks old and already weighs 23 pounds! (Audrey is 9 1/2 months old and weighs 40 pounds.) They decided to name her Gretta. After picking up Gretta, I made my mom meet me and Audrey at Pet Supplies Plus so that we could meet Gretta. They LOVED each other. Gretta instantly became playful and these two wiggle butts were just so cute playing with each other. If you follow my Instagram, you'll see that I refer to her as "Auntie Gretta" because she is Audrey's (as well as Gemma and Mowgli's) Aunt since Gretta is my mom's puppy and yea, you get the point- I hope. 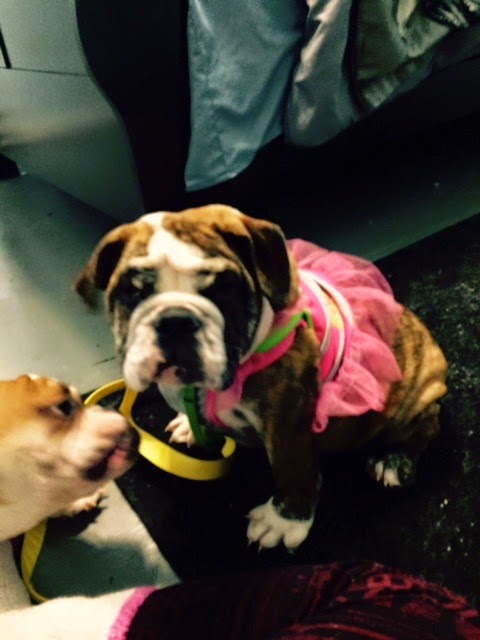 See how chubby Gretta is??? Audrey is on the verge of trying to chew on Gretta's new leash lol

I also made my mom bring her to my house the next day and I gave her two dresses that didn't fit Audrey anymore. They fit Gretta, but we couldn't get the dress over her chubby belly lol. Oh yea and before I went to the tattoo shop to hang out with Steve, I stopped at Petco and got this adorable little bear that says "My First Toy" on the tummy for Gretta.

Such a good weekend :)