January 28, 2015
Well the title kind of says it all. I had an important meeting today at work and wanted to share my outfit with you all! 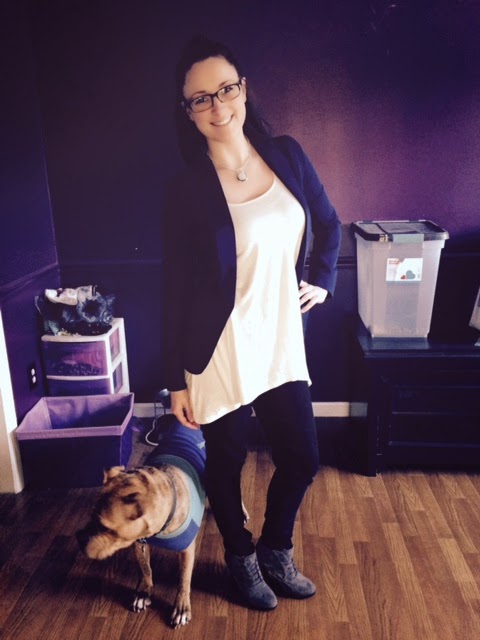 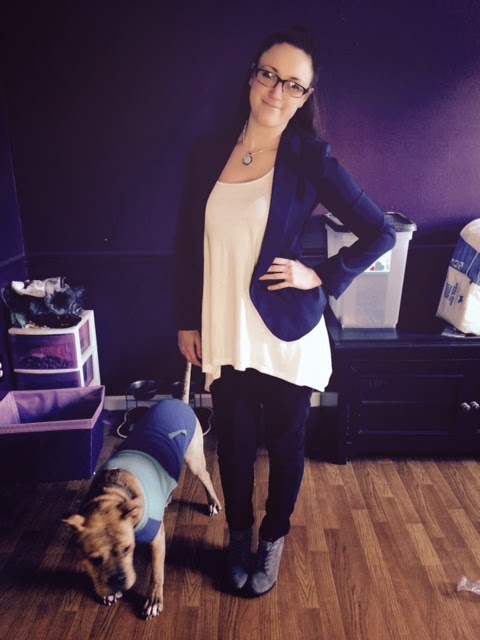 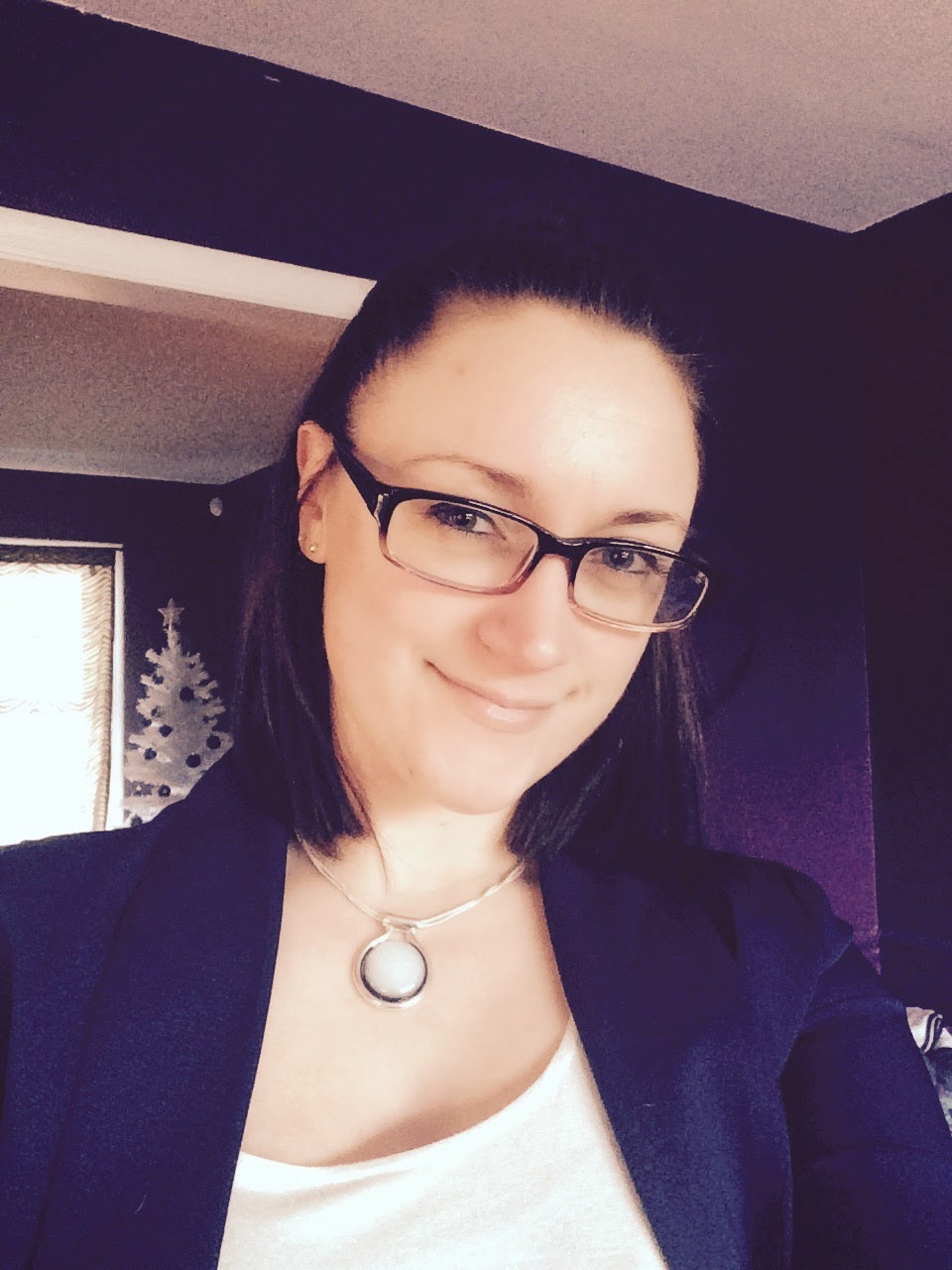 If you can't tell, I don't have my nose ring in. I got it taken out on Saturday because lets face it, the way it was re-pierced made it end up looking weird. No offense Don. But I mean, it was freshly closed and had a lot of scar tissue which made it so much difficult to pierce. This time I'm going to wait 2-3 months and then get it re-pierced AGAIN but at the shop that Steve works at by one of their piercers. 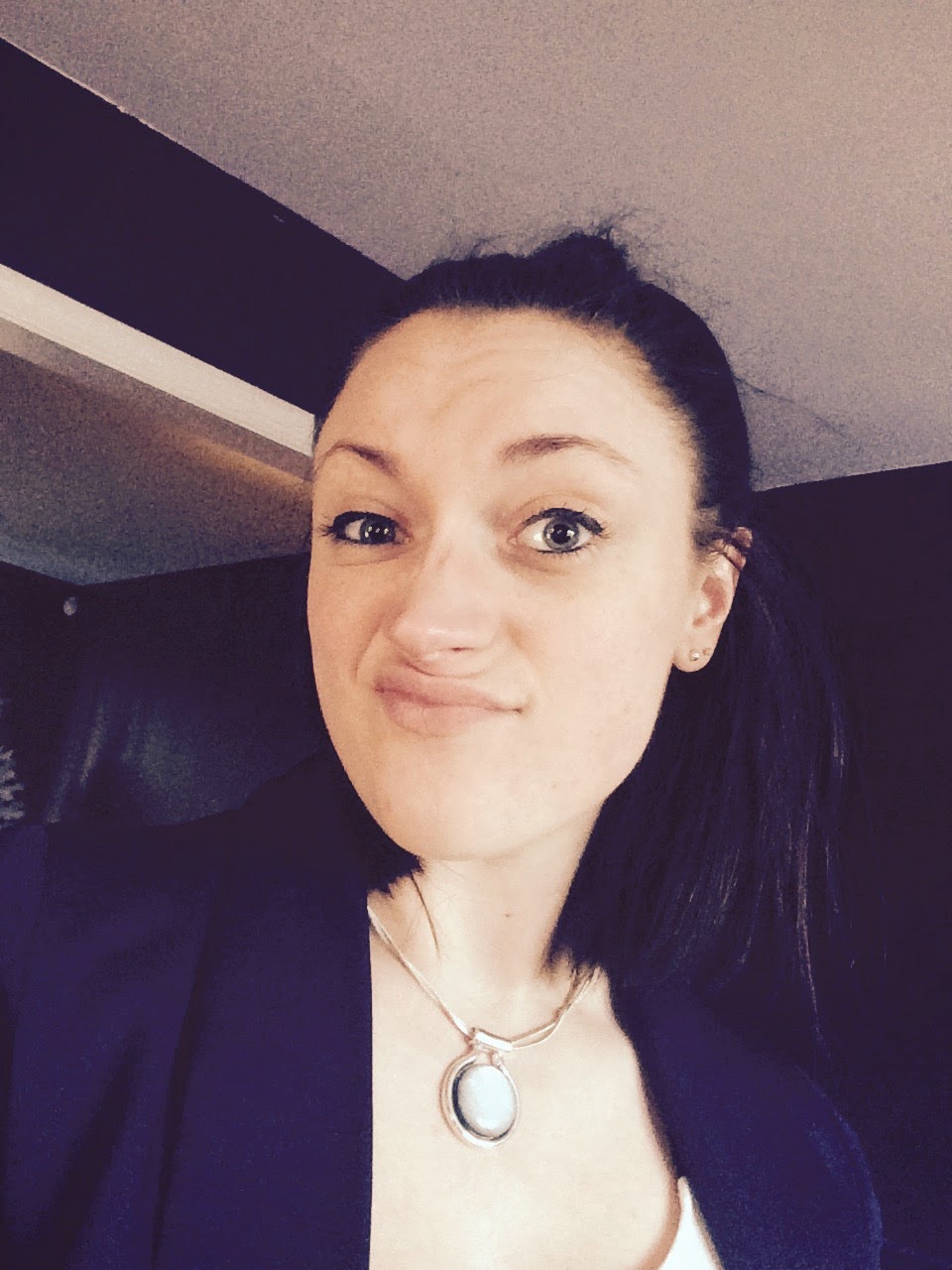 So happy to be home! Had to throw a goofball one in. Sooo I don't usually do my hair or makeup really for work. Important meetings are the exception. However, I usually don't have the energy to do it full out. So I did a half up, half down do with the bottom half straightened and the top half in a bun. Kind of lazy- lazy girl chic- but I don't think it looks that bad.