February 19, 2015
I know, I know, I'm a tad late on this post but hey, better late than never. Valentine's Day weekend didn't go exactly how I thought it would. I'm so glad that Friday night I asked Steve where he wanted me to meet him Saturday night because then he informed me that his friend and the girl his friend is talking to were also meeting us and going with us. I then found out that we weren't going out to dinner either. But it's ok because even though I wanted to go out to dinner and dress up, at least I knew ahead of time so that I didn't show up with my hair curled and in a skirt and heels. Plus, I really like his friend and the girl. They are both hilarious and fun to hang out with.

After I was almost ready, it started snowing. I didn't think anything of it because it didn't seem like a lot and although I hate driving in the snow, I'm used to it. Welll when I started driving, the snow started coming down hard so that I couldn't see while driving and the harsh temperature was making everything on the roads freeze. My tires kind of need to be replaced soon too. So I was sliding and then finally decided to go back home because it was not safe at all. I almost didn't make it home too and got stuck in the middle of an intersection for a minute. Thankfully I made it home in one piece. I called Steve and told him and was worried that because I couldn't drive to him, I wouldn't be seeing him. But I have an amazing boyfriend and after he got off work, he drove to me and picked me up. By the time he got there, the snow had stopped. Then we got food- Burger King lol because that was the closest and with snow covered, slippery, icy roads, you do not want to go out of your way.

So all four of us rode in Steve's Scion to his dad's house in Philly. The drive wasn't too bad considering the road conditions. I'm really glad that we drove to Philly Saturday night instead of Sunday morning. We got to sleep in some and Steve's dad made us breakfast. I also got to meet Steve's grandmother. His grandmother and stepmom showed me where they got some of their dishes and stuff because I loved them and they got them off of QVC and they are by "Temp-tations." So we had fun looking at that stuff and I had a lot of nice conversations with his dad, stepmom, and grandmother. It was really nice. I love them already lol.

The tattoo convention was fun. A little crowded but fun. I didn't get anything because I am trying to save money. Oh yea, before the convention we went to this hat store where Steve got this really amazing hat that looks so good on him. He kept trying hats on me- I can't pull off hats, I just can't. I do like big black floppy ones and saw one that was ok and then he finally found a hate that looked really good on me and I really liked. It was like a burgundy/ wine color. But I didn't get it because it was $45 and I'm trying to save money. All in all, it was a good day and a fun weekend. I didn't take any pictures at the convention because it didn't even come to my mind, plus you aren't allowed to.

By the way, in case you were wondering, I paid my sister to take care of my dogs Saturday night through Sunday night when I got back.

Since this post has turned out to be a little long, I'll post a part 2 with the presents Steve got me for Valentine's Day. 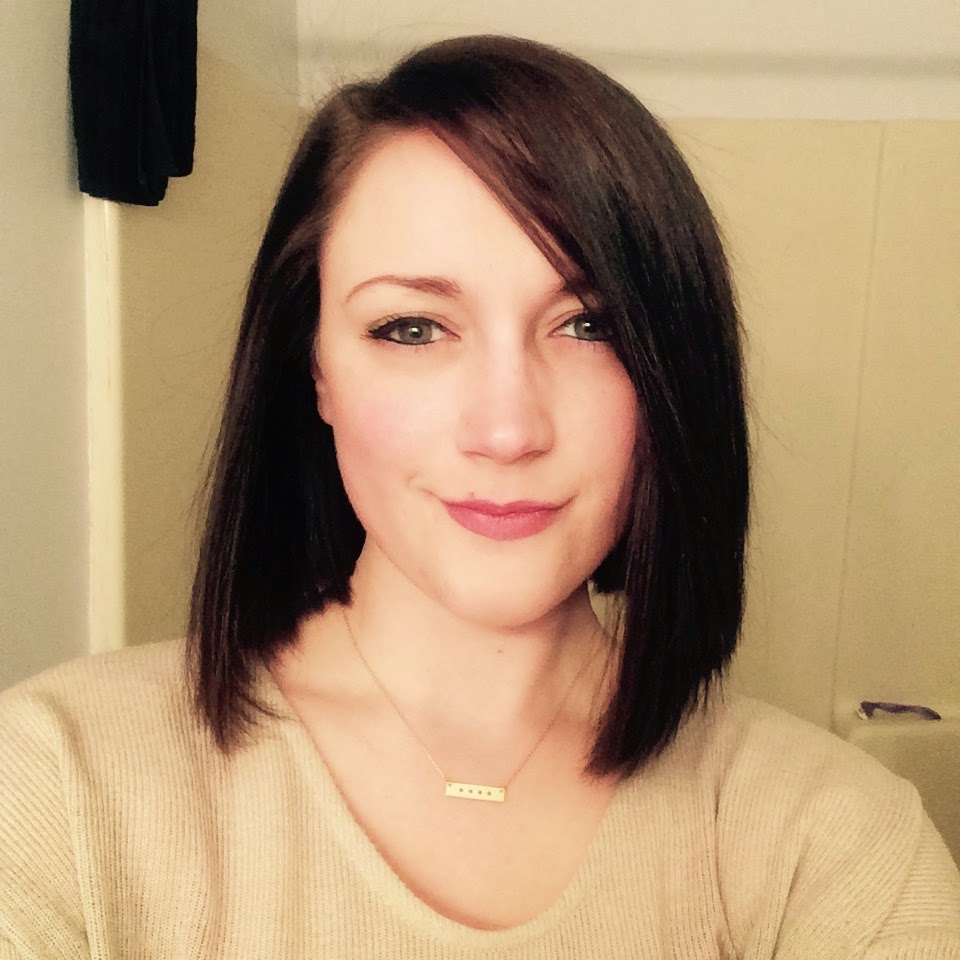 I only have this picture of me from Valentine's Day. My outfit wasn't anything special since all we did was get Burger King and drive to Philly. Oh yea and it is a little difficult to see but I did get my hair cut almost 2 weeks ago- did I mention that? Maybe I should do a post capturing different angles of my hair since I did the asymmetrical bob again.

I hope you all had a great weekend!