March 08, 2015
Well it is Sunday evening which means tomorrow is Monday *sigh*. At least I am feeling a little better than earlier. Because I have sleep problems, changes in my sleep schedule (like turning the clocks forward) has a negative impact on me. All day I was tired but couldn't sleep, tossing and turning, had nausea and kept eating because I felt like that would make me feel better. Today was a miserable nonproductive day.

This weekend actually wasn't all that productive. Yesterday I bought a ton of fabric to make little dog blankets for my dogs, my sister's dogs, and my mom's dogs. I started Audrey's last night but didn't finish. I had planned on working on them today but didn't since I felt like crap. I will definitely post pictures when I am done all of the blankets though!

Last night I met Steve's sister briefly while she got tattooed by him. It was nice and she was cool and she is actually the same age as me. Then Steve and I went out to TGI Fridays for the endless appetizers and then went back to his place for a little bit. We were both tired and ended up taking a nap and then I left earlier than usual so that I was able to drive home safely. It was super dark and got dark early. So because of it being so dark, me being tired, the fact that there was probably black ice on certain parts of the roads, and my history of "blacking out" while driving, it was a good idea that I left a little earlier than usual.

Oh and I got a new shirt and pair of shoes recently. I know, I know, part of my New Year's resolution wasn't to get anymore new shoes this year unless I absolutely needed them or they were like under $10 but shit happens. Oh well.

So I'm thinking of possibly wearing this blouse on Easter. I haven't done anything with my family on Easter the past few years and Steve says he usually sees his family but they don't do anything like big. So if he invites me to chill with him and his family on Easter, I think I'll wear this blouse with some skinny jeans or cropped jeans and then I want to get new shoes lol. 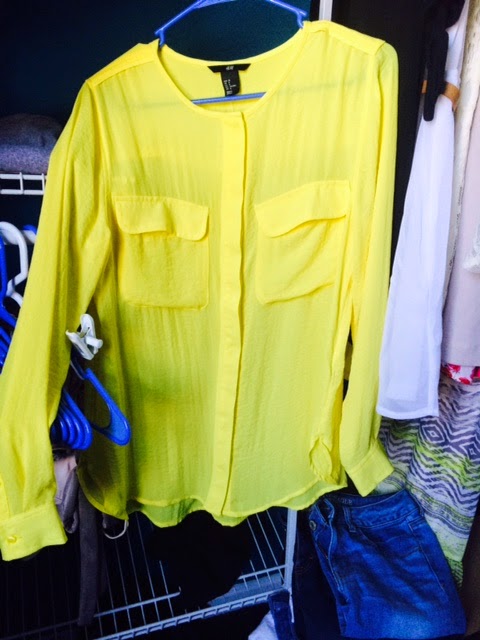 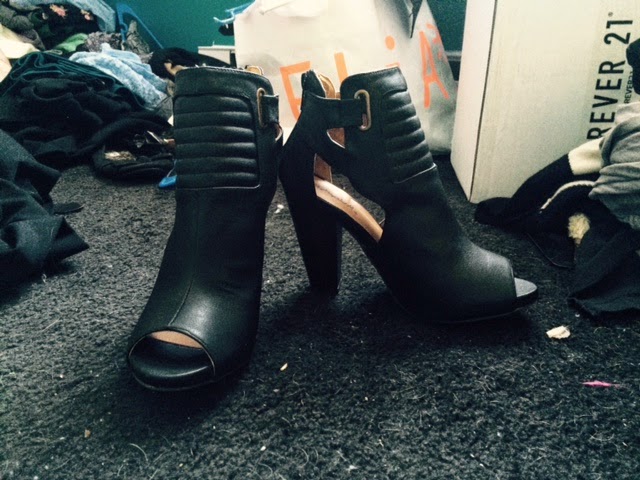 I hope everyone had a good weekend! What do you think of my new purchases?