Weekend Recap and Another Pet Giftbox!

June 15, 2015
Ugh, Monday again? I was so dreading today just thinking about it yesterday. We seriously need weekends to be longer. Like seriously. And now it is POURING down rain. Have I mentioned how much I hate rain?

Sooo, this weekend the dogs' monthly Pet Giftbox came and it was Jurassic Park themed! So awesome. 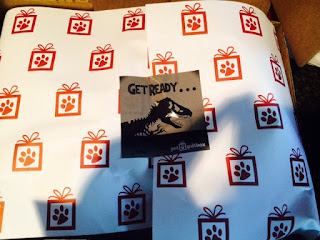 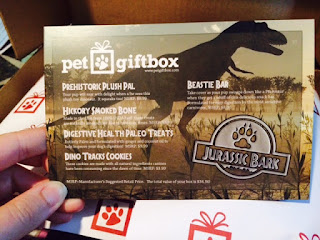 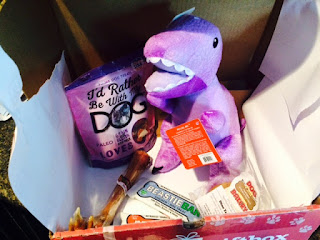 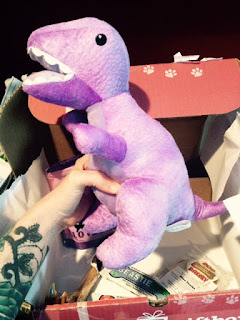 Gemma loved this T-Rex toy. He is already ripped open though because Audrey and Tigger wanted to take the toy from Gemma, which resulted in "Rex" being ripped open. It happens. 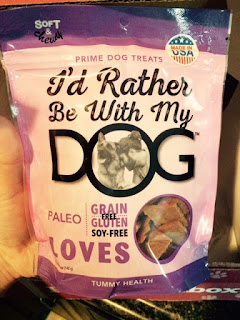 And the dogs all love these new treats. I really like that they are free of grains, gluten, and soy and that they help with the digestive system. 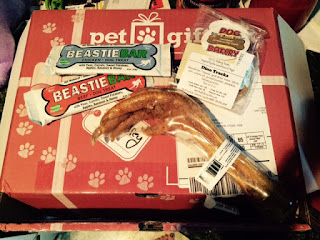 They also got a few goodies but I haven't given them any of these yet. I ultimately decided to throw the turkey foot away. I am very cautious when giving those types of bones, treats, or whatever you want to call them to the dogs. Plus one of the toes broke off pretty easily in my hand as I was examining it and the long nails (or talons?) really had me concerned. I decided I wasn't going to risk it, plus it just looks so gross to me ha ha. 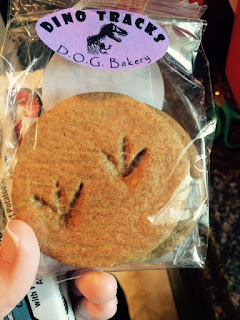 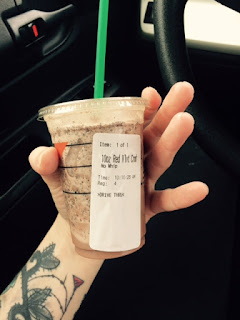 I also tried one of Starbucks' new Frappuccinos. I got the red velvet (minus the whip cream) because I love red velvet and baking red velvet cupcakes. Most of the time, when a company tries adding something red velvety, they fail- or at least I think so. Dunkin Donuts' red velvet donut- fail. Burger King just came out with a red velvet milkshake or something and I'm not even going to bother trying that. And now Starbucks has failed. It had cookie crumbs/ chunks in it that tasted like they were part of the oreo cookie and it just tasted like a cookies n' creme milkshake or chocolate cookies n' creme milkshake. The only places I have been to so far that has actually been successful with red velvet is The Cheesecake Factory's red velvet cheesecake and Maggie Moo's red velvet ice cream. I'm glad I got the frappuccino in the new mini size. 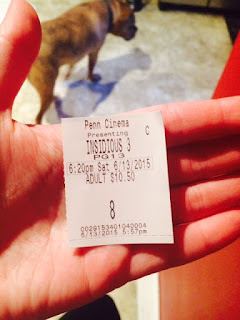 And my mom and I went to see Insidious Chapter 3! Ok, so my memory isn't always the best and sometimes I get scary movies confused. I thought I had seen Insidious 1 and 2, but after seeing the 3rd one and my mom explaining parts of 1 and 2, I've realized I haven't even seen the 1st two. But I think it might actually be cool to watch the 1st two now because the 3rd one actually explains how it all started- trying to briefly explain without any spoilers. Anyways, I'm excited to see the 1st two now.


Oh yea, and I totally finished the new season of Orange is the New Black. Sooo good but sooo sad it is over.

Hope everyone enjoys their Monday!